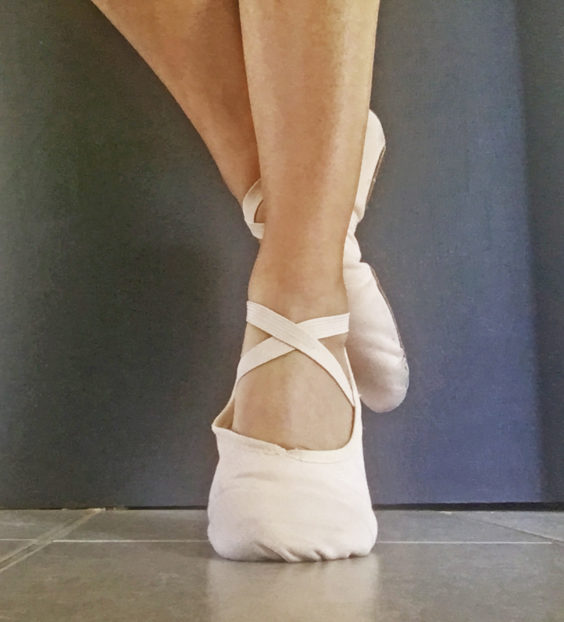 When I was in first grade my mom signed me up for a ballet and tap class. Several of my friends were also enrolled so I guess it was the thing to do at the time. The girls took dance class and the moms got a small break for a few hours two days a week.

The class culminated in a performance where we did two dance numbers and had two outfit changes – just enough for the parents to see their adorable daughters on stage in tutus, sequins and bows. While I don’t remember any of the dancing, I do remember those outfits.

After that experience I switched to team sports and never took another dance class.

Taking classes was something I did often and I had been looking for something new. I wanted to learn a practice, an art form. Something that would force me to concentrate, to push my body and my mind to limits I didn’t know existed and provide the opportunity to explore a new culture.

Having already taken multiple yoga classes over the years and developed my own basic practice, I didn’t feel that was exactly what I was looking for.

I considered Kung Fu or Muay Thai. I had taken Kung Fu many years ago and loved it – but I also received two broken ribs and a cracked a tooth while doing so. Probably best to rule that out.

Ballet had always lingered in the back of my mind, but I figured it was too late for me to start.

When I was having lunch with a friend one day I brought up my desire to take a class and learn something new, and mentioned ballet.

Her eyes lit up.

“I’ve been taking beginning ballet and love it – you should take it with me!” She enthusiastically touted the benefits she’s already seen – better posture, increased flexibility and she swears she’s getting taller.

The art form, the language of ballet and its rich history were enticing. I had been looking for something deeper than a weekend Zumba class or gym workout.

So I started taking a basic beginning adult class on Saturday mornings about three and a half years ago. The class was for those with no or limited experience in ballet.

It was the perfect place to start considering all I recalled from that first grade class were the two cute outfits.

Even though it was a beginning class, I found it challenging. I considered myself to be in pretty good shape, but I was more sporty vs. graceful dancer. I loved to run, but running and ballet were a difficult combo. Running caused the muscles in my legs to be extremely tight and contradicted what I was trying to achieve in ballet – to be “sooo stretchy!” as my teacher would say.

So I ditched running and continued with ballet.

For the first year I only went on Saturday mornings and there were a few months where I didn’t go at all. Then about a year and a half into it, I started going on Monday nights, too. Slowly the addiction was taking hold.

I started noticing incremental improvements. When someone new joined the class I was able to see how much I had learned.

There were other improvements as well – I became more aware of my posture and would make efforts to stand up straight and roll my shoulders back, instead of hunching. After years at a desk job I had developed quite a slouch.

Often humbling and at times a struggle, there were days when I just couldn’t wrap my head around tondus and frappés. My brain would be foggy and cluttered with work stuff. I’d find myself distracted by work anxiety and completely miss what the teacher had instructed. Those days I felt so defeated.

But I kept going.

When I left my job one of the items on my journey list was “more ballet.”

I now take between 3 and 6 classes a week, including beginning pointe classes – yes, pointe!. Ballet is becoming a part of me. I think about it all of the time – I watch live performances, ballet YouTube videos, ballet movies, TV shows, you name it. I love ballet!

Ballet always seemed so untouchable. It was common knowledge that if one didn’t start ballet as a child, there was limited chance of a professional career. I assumed that also meant it would be near impossible to learn as an adult.

But with no aspirations of a professional career, the pressure is off. The women and men in my classes take ballet because they love it. And there is so much to enjoy – the beauty, the discipline, the music, the physical challenge – and the camaraderie and support we give each other.

Ballet has opened doors and introduced me to people I would have likely never met. I take classes with teenagers to 60+ year olds from a mix of races and cultures. It’s a wonderful melting pot and so motivating to see so many different types of people come together for this beautiful dance.

So if you are ever in doubt that it is too late to learn something new, think again. If you had a desire to do it, go for it.

Those who will tell you it’s too late are those who don’t have the guts to try.