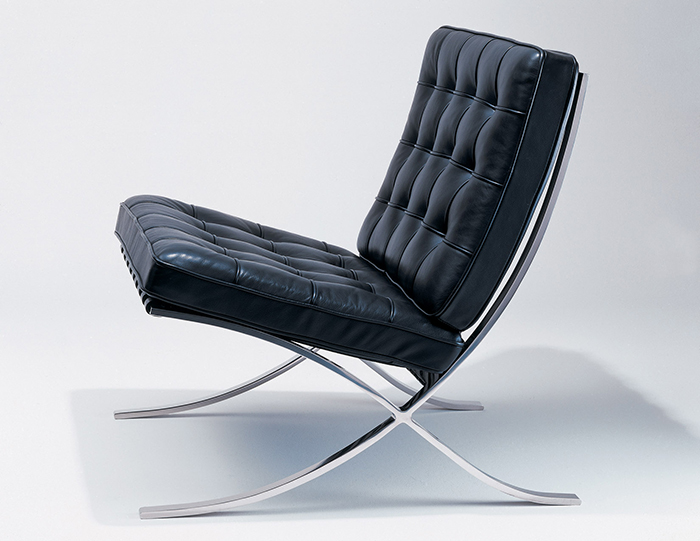 In the years prior to leaving my role, my anxiety levels were hitting all time highs.

My career was going well and I felt confident about my professional accomplishments, yet I was on edge outside of work. My boyfriend pointed out that it seemed as if I were more comfortable working and being in that frenetic intensity, than being at home.

Admittedly, there was a bizarre comfort level at work, even though it continued to become more stressful and I knew it was not sustainable. However, while I was (seemingly) able to manage the chaotic pace at work, I was having difficulty managing other areas of my life. I couldn’t tell if it was simply my inability to turn off work when I left the office or if there was something else going on in my personal life that was aiding in this frustration.

Considering I lived with just my cat, I couldn’t blame it on him.

I had purchased a house a few years prior and it always seemed to be in varying stages of renovation. Bathroom remodel, foundation replacement, new basement, new patio, plumbing repairs…it was a giant can of renovation worms.

This house was also more than twice the size of my previous place so people tended to give me their castoffs as they knew I had the space. I liked to fix up old furniture so it was hard to turn anything down. Likewise, as a result of redoing the foundation there was now a new basement for more storage…, which meant more stuff.

I’m a big fan of yard sales and hold one almost every year. They’re a great way to get rid of stuff, make some cash and chit-chat with the neighbors. I also donate regularly to charities – numerous bags of clothing a year – but even with these efforts it felt like reverse osmosis was happening. No matter how much stuff I got rid of, there was more stuff pushing its way into my home.

I used to pride myself in being a smart, selective shopper. I only bought what I needed and I usually bought things second hand whether it was a car or clothing. I even lived out of a suitcase for two years when I was traveling and knew I only needed a few key items to live contentedly. I also didn’t have much spending cash – I used to live paycheck to paycheck – which kept me from becoming a hyper-consumer.

Early on, my mom taught me to not live beyond my means nor buy things on credit if I couldn’t pay it back when the bill came – still great advice! Growing old and not having enough money to live off of petrified me, so I was mindful where my money went.

However, as my career expanded, so did my paychecks.

Gone were the days of balancing a checkbook to the penny. With the increases in salary, the need to keep track of every cent was gone, so I didn’t. Now don’t get me wrong, I still had a firm grip on my finances, I just had more spending cash than ever before so I felt comfortable.

Eating out at nice restaurants, once considered a special treat, was now a regular occurrence.  I was too tired to cook when I got home, so my boyfriend and I would go out and I loved to treat us to delicious meals.

Late night shopping on Amazon also became popular at my house. In bed with the iPad, I had the consumer world at my fingertips. My attitude toward money had completely shifted; I felt empowered to be able to buy most anything I “needed.”

This attitude, along with the bigger house and more space, were ingredients for the perfect consumer anxiety cocktail. I’ll take that up, please, with two olives.

You’ve likely been reading recently about the hyper consumerist state we are living in.  Over-indulgence is the norm – whether it’s things, food, sex, drugs or work. Like Depeche Mode sang, “I just can’t get enough.”

So, we are aware of it, but what are we going to do about it?

For me, putting the brakes on the reverse osmosis was critical. I had to stop bringing so many things into my life and filling up the space with stuff. I didn’t realize it at the time, but I was trying to buy my way into happiness.

No one purchase was going to pull me out of the work funk I was in.

One of the things earmarked for when I left my job was to get rid of at least half of my stuff. I thought it would be a great way to make some additional cash for when there were no paychecks. It was the opportunity to finally have a booth at the fantastic Alameda Flea Market, do another yard sale and sell online with eBay, CL, Nextdoor, etc.

About a month into my temporary retirement I was industriously packing bags of clothing, putting things in boxes, and attempting to sell things online. I say “attempt” because I was noticing that this task had become much more difficult than years prior. I used to put an item on CL – say an older espresso machine or used scuba gear – and it would sell that day, no problem whatsoever, and at the asking price.

I was discovering it was harder to move things and people were haggling more. I’d list an item for $10 and someone would ask if I’d take $5 – even though it was a pair of unworn $75 shoes.  It didn’t matter the item or price, people would ask for a discount. Everyone wanted a deal, even though the offer was already a bargain.

What was going on?

With the past several decades of Ikea, Target, Wal-Mart, Amazon and outlet malls, there was now so much cheap mass-produced crap out there, there seemed to be no way to get rid of it. It brought to mind the piles of garbage in the movie Idiocracy. (Wacky movie, excellent premise.)

Our consumeristic society seems to have fully shifted from a quality to a quantity mindset. From built-to-last to built-to-break – or the kinder “planned obsolescence” in corp speak.

One day when I was feeling rather frustrated about this process and wondering if most of my frustration and anxiety over things was purely in my head, I decided to sit on the couch for a minute and take my mind elsewhere. I turned on the tube and came across a film on Netflix that jumped out at me. Debating whether or not I should spend the time to view it or get back to cleaning out my stuff, I decided to watch it; I am so glad I did.

Watching the documentary Minimalism was like a breakthrough therapy session. Halfway through I had a few tears rolling down my face because I realized I wasn’t losing my mind  – there were other people having similar experiences. Work stuff, house stuff, consumerism, advertising…we were being bombarded and it was difficult to keep the mental peace whilst in the middle of it, and I wasn’t alone.

I was able to breathe a sigh of relief and be reassured that the decision I had made to leave my job with the intent to lead a simpler lifestyle was a good one.

A big thank you to Minimalists Ryan Nicodemus and Joshua Fields Millburn for making this film. During my research before leaving my job I had stumbled across The Minimalists website and read a few of their essays regarding leaving corporate life, but hadn’t dug any deeper that that.

As a student of art and architecture, minimalism always conjured up visuals of Mies van der Rohe and Bauhaus. Sleek black leather, chrome and glass. Clean lines and empty spaces. I had related it to a style vs. a lifestyle.

The black leather and chromed-steel of the Barcelona Chair epitomize beautiful design. Selective in materials with no ornamentation; it is simple yet profound.  That sounds like a sensible way to live.