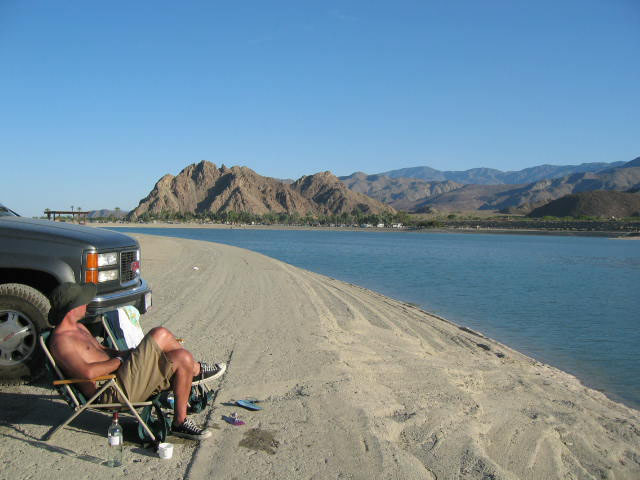 In 2018, my friend Rob died at the age of 45. We hadn’t seen each other in years, he had been living in England, but the distance and time apart didn’t diminish how special of a friend he was.

I thought about Rob and his family for weeks after learning of his passing. I wanted to reach out to his parents – send a card or a letter, but found it difficult to get the words out.

What was particularly difficult about his death, was that his younger brother had died just a few years earlier. Losing one child in a lifetime seems excruciating, but two? What does one say?

So I began writing about my friendship with Rob, reliving crazy times together, to help me heal and, hopefully, have something I could ultimately send to his parents.

Several pages and many tears later, I debated on whether or not to share what I’d written. It was personal and his parents didn’t know me. Would it be helpful or hurtful?

Then I remembered how I felt when my dad died. I didn’t receive any letters or cards. While I received a few texts and calls, it truly felt as if the art of condolence had disappeared.

So, I’m sharing my words about my friend, Rob, as encouragement to others to reach out and shares stories and condolences when someone dies.

It’s all too easy to turn the other way and ignore death – it is uncomfortable, painful. It’s often easier to simply keep on with our lives and pretend a kind word won’t make a difference. But it does.

Make the extra effort to send something in the mail. While a text or email can express the same words of sympathy, they are often not absorbed and remembered the same way.

Just as it takes thought to pick out a card and write a note, it takes a moment for the recipient to pause, open the card and read what is written. It gives the recipient some control over when, where and how they will read it. It separates that moment from the day to day texts and emails.

If you are finding it difficult to get the words out, try recalling a special story or moment you shared with that person. For inspiration, there are numerous sites out there such as Hallmark, with sample phrases to help get you going.

With those ideas in mind, here is much of the letter I sent to Rob’s parents. In turn, I received an unexpected and extremely touching letter of appreciation back from his mom. She and I now keep in touch and I am so glad I sent it.

When I first met Rob I was married (to an Englishman named Andy) and Dawn, Rob, Andy and I would enjoy having pints at our local pub. I was immediately drawn to Rob’s charisma, his snappy wit and equally his often-cynical view of the world.

He had an engaging personality and unabashed self-assurance like no one I’d ever met.

A year or two later Andy and I got divorced and I was in a rough spot, sad and disappointed about the breakup of my marriage. I had temporarily moved in with Dawn and around that same time I believe Rob had come back from the UK. It was great to see him again – he was the perfect burst of energy to lift me up out of my funk.

For the next several months, the three of us hung out a lot together. I loved spending time with Rob and Dawn. Their friendship and love for each other ran deep and it was a joy to be around. They were a perfect example of people accepting each other just as they are – and Rob easily and without hesitation, pulled me into that circle and accepted me too. It felt like a gift at that point in my life.

In particular, Rob’s passion for music helped me a great deal. He reminded me how healing it can be. We’d listen to the melancholy and ethereal songs from Doves, or the energizing “stick it to ‘em” sounds of The Libertines or the wacky rhyming lyrics of The Streets (which I didn’t really like but Rob’s loves for them was enough to make anyone smile).

This mutual love of music led us to go to the 2004 Coachella music festival – this is when I first met you at your house. I had picked up Rob in my brother’s big Chevy Suburban for a weekend of sun and music. I remember we had chatted about some interior decoration you were thinking about doing in your home. At the time, I was in design school at UCLA.

We headed off to the desert to what has become one of the weekends I recite the most stories from.

It was pure adventure and hilarity. Starting with our first stop at Safeway when we were picking up food, drinks and ice for the cooler. Rob handed the cashier his Safeway card and she replied with, “Thank you, Mr. and Mrs. Clarke!” The stunned look on his face was priceless. We of course cleared that up immediately, the poor cashier turning red from her misstep.

The music festival did not disappoint. We bounced around from stage to stage, listening to some terrific bands, culminating in two big faves, the Pixies and Radiohead.

We hadn’t booked a hotel for the night but knew there was a campsite at a nearby reservoir. In the dark, we managed to find a spot by the water and turned the large Chevy into a tent.

The scorching desert sun began heating up the car early that next day and I woke to Rob fleeing out of the car yelling, “Oh my god, it’s like I’m being microwaved!”

He woke up practically the entire campsite. I can still see him running around in circles waving his arms in the air as he tried to get relief from being baked alive in the steaming hot car.

We only had tickets to the show the day prior, so for the rest of the weekend we decided to relax by the water’s edge, drink beer and listen to music. Several other campers were doing the same and there was no lack of camaraderie amongst the group. In particular, we met a group of young folks who had a small motor home. We sat around in our camping chairs swapping stories.

At one point, one of them asked Rob and me how long had we been together. We explained we weren’t “together” but that we’d been hanging out as friends for a few months. I remember the surprised look on the guy’s face. “Wow,” he said, “You two seem like you’ve known each other for ages, and I mean that in a good way.”

I remember neither Rob nor I responded to that comment, we just smiled. Later we laughed at figured that’s why the checkout girl at Safeway assumed we were married. Rob definitely had the unique ability to connect with people quickly and it showed and others wanted to be around him because of it.

The rest of the weekend was filled equally with fun and sun. The latter getting to Rob a bit too much so. At one point he was eyeing the reservoir, yearning to take a dip. We hadn’t noticed that no one else was swimming.

In his effervescent style similar to the early morning “microwave” stupor, he stripped down to his shorts and ran into the water, quickly swimming out to the middle of the man-made lake.

I heard Rob moan at the horrible reality, followed by a few loud and brazen commentaries about the fact that there was this beautiful body of water but no one was allowed to “bloody” swim in it. He yelled at the sky. I felt his pain – it was 100+ degrees outside.

Rob went off to take a walk and seek some shade. After about 30 minutes I went off in search of him. I found him spread eagle on his back, hat over his face, napping in the blazing hot sun on the banks of the reservoir. He hadn’t made it to the shade of trees just a few yards away; likely the hot sun and too many cold beers diffused his energy.

The reflection of the sun off the water and the sandbank made for a nasty sunburn. He had turned brick red. This unfortunately, was the sign it was time for us to begin the journey home.

On the ride home poor Rob began showing the first signs of sunstroke and by the time we got to your house he was really not doing well. I felt terrible bringing him home in such a state. I’m not sure if you recall that event, hopefully you don’t, because I’m really a much more responsible individual than I had exhibited.

While Rob’s horrible bout of too-much-sun abruptly ended our desert adventure, that weekend still holds some of the funniest and fondest memories for me ever.

We laughed at anything and everything.

Rob pulled me out of my glum and put me into a world of carefree. He helped me appreciate that the simplest things can holds vast amounts of humor and emotion. I enjoyed life like I hadn’t in years and for that I have been forever grateful to him.

We were close throughout the end of that year and then lost touch for a while. We reconnected on Facebook in 2014. We sent many Facebook messages and had a lovely long phone conversation. It was as if we picked up right where we left off. We talked about getting together with Dawn, but it just never happened.

I woke up on a Sunday a few months ago thinking about Rob and that day I heard a song on the radio that he used to play a lot, which I hadn’t heard in years. It was the next day that Dawn reached out to me to let me know he had passed.

Rob brought so much joy to those around him. He made an instant impression when he walked into a room. His charm could move mountains. I am so thankful for the adventures we had together and the gifts he brought by just being himself.

Thank you, Rob, and cheers to you. I’m sure you are the life of the party wherever you are.