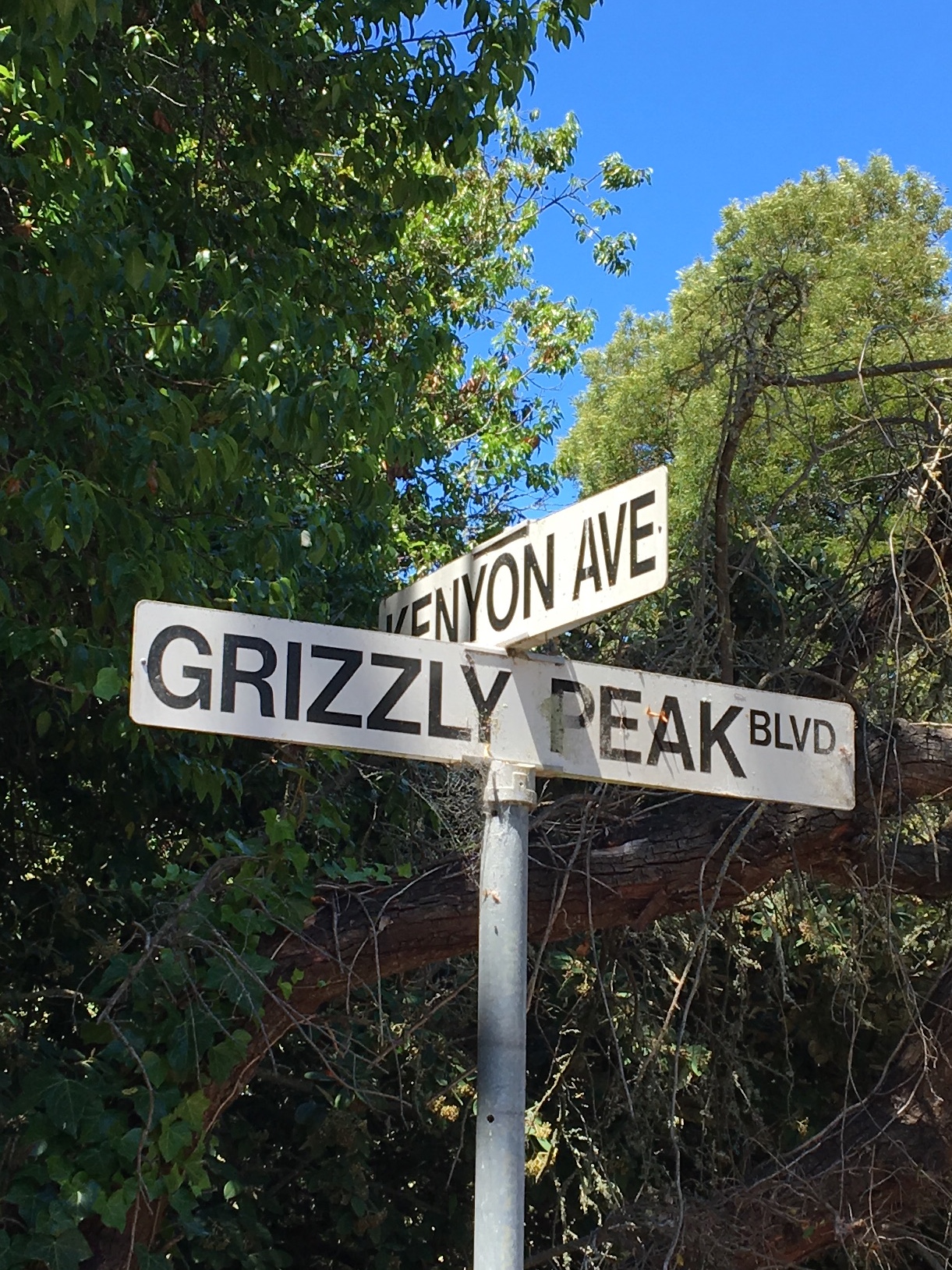 This morning I had to head over to Costco in Richmond to pick up the semi-annual packs of toilet paper and paper towels, and figured I’d take advantage of being further afield from my typical haunts and explore a local trail.

My first inclination was to head over to Pt. Richmond and hike along the ridge. However, as soon as I stepped out of my car in the Costco parking lot I was slammed with the chill of a cold SF Bay breeze. I looked up to see a large puffy fog bank ominously nestled along the water’s edge; Pt. Richmond would have to wait, I wanted warmth.

I turned my sights to the hills. I searched for “hiking” in Apple Maps and up popped “Ye Olde School Trail” in Kensington, just north of Berkeley on the southern edge of Tilden Nature Area. I glanced at a few of the photos that had been posted and it looked beautiful. Without hesitation, I followed the route up to the trail.

Getting to Ye Olde School Trail

I accessed the trail head by heading north on San Pablo Ave. and turning right on Moeser Lane in El Cerrito.

Follow Moeser all the way up to Arlington and take a right. Then take a left on Westminster, right on Kenyon, right on Purdue and left on Beloit Ave. Continue following Beloit – it turns into Los Altos Drive and then runs into Grizzly Peak Blvd. You’ll see the trail head on your right. I took a quick right, then left on Kenyon and parked a few houses down on the right.

The entry to the trail head was covered in loads of fresh mulch and looked to be in the middle of a rehab project, but no one was around.

I headed off down the path, the smell of eucalyptus and fresh mulch circled in the air. Ahhhh, so quickly I was removed from the grimy city streets’ sights and smells.

The trail runs behind the houses on Purdue, which sits up on a ridge to the left. Several of the properties have staircases carved into the hillside so the trail could be easily accessed. At the base of one of the staircases was a cluster of pretty white and yellow daisies, cheerfully greeting those who walked by.

On the other side of the trail were views of rolling hills covered in old growth oak and eucalyptus. Blackberries and other shrubs lined the edge of the trail. The blackberries had been picked clean and it looked like there wouldn’t be any ripe fruit for several more weeks.

The trail splits and dog legs to the right, running a little further down the hill before ending. At the crux of the split are two large eucalyptus tree stumps. I climbed atop the largest one and sat cross legged, taking in the sweeping views in front of me. I watched a scrub jay dance around near one of the bushes. I could hear sounds of children down the way on my right; the noises of school recess in action. Power poles dotted the hillside to the left, the only man made things in my line of sight.

I stretched out my legs sat there for about 15 minutes, just listening and thinking.  I could hear a few dog walkers and a cyclist pass behind me, but for the most part it was quiet.

I jumped down from my perch and continued. A canopy of trees on both sides quickly developed, providing a tunnel of shade. The trail continued on, winding along the ridge and getting slightly narrower. Soon I was in back of the Kensington Elementary School – I had hit the end of the trail.

Ye Olde School Trail trail makes for a lovely short out-and-back hike. Great for dogs and mountain bikes, too. Fun for a quick afternoon walk or supplement with some of the other trails in the area for a full day of exploration.