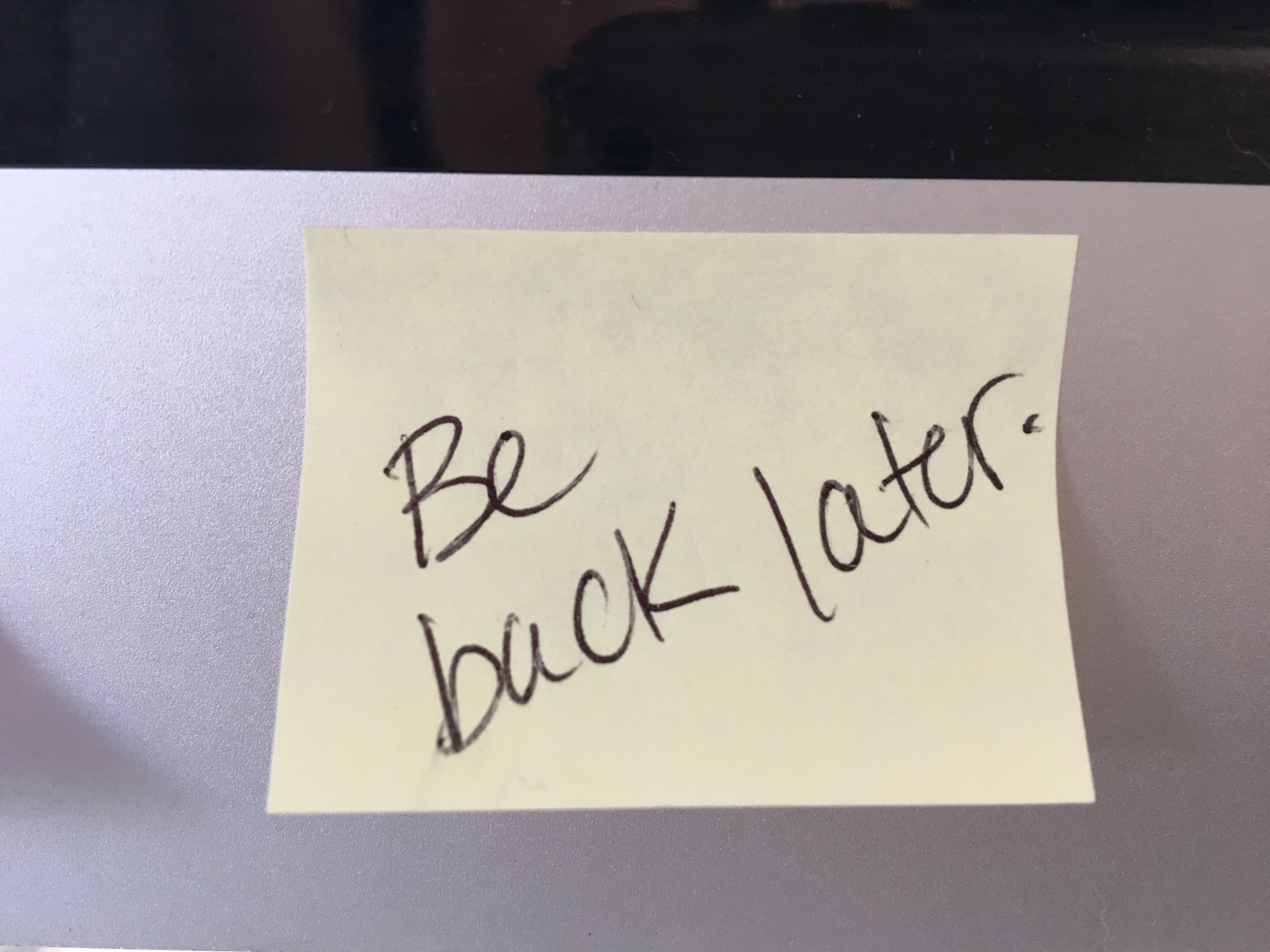 That was what the text from my mom read, which I woke up to this morning. “Congratulations on joining the non-workings.”

When I was finally fully awake this morning and realized I was no longer employed, it was difficult to find a word that described how I felt.

“Freeing” was the first one that came to mind.

Last night was the first night in many weeks where I didn’t wake up at 1 am stricken with anxiety that there was some piece of work that I needed to get done before I left my job. I was sending emails just minutes before I had to turn in my computer yesterday. The inability to detach myself was fierce; I had let my job become what defined me.

My alignment to this large corporation sat in the driver’s seat, steered the car and had the keys. I fully allowed it to happen because I believed it gave me a sense of purpose. And for a while, it did and I loved it.

Large corporations are enticing. They offer a multitude of rewards that are difficult to find if working for oneself or even small organizations. But large organizations can be all consuming, providing one with that said sense of purpose that is not aligned to the self, but rather the business.

For some, this is right where they want to be and they thrive in this type of environment. For others, it is a day-to-day battle of feeling like they have two selves – work self and outside of work self. Playing the corporate game, then coming home and trying to decompress, relax and be the real “you.” It can work for a while as it did for me, but at some point it became more and more difficult to turn off the work self.

In fact, it was easier to be working that not working.

Emails before bedtime, 4:30 am conference calls with folks in India or “oh sure, I can make that 7 am in-person meeting, no problem.” Sleeping is so underrated.

I found that when I was absorbed in my work, my anxiety temporarily subsided because I didn’t have time to think about everything else I could be and should be doing. All of the people and things I was neglecting, including myself.

Why do so many of us believe this is okay? Why do we let this happen?

Is it money? Our overinflated egos striving for a sense of purpose and to believe we matter? Or because we were led to believe this was what “successful” meant?

I hardly believe that the trend of meditation, yoga and the highly overrated “mindfulness” would be happening if we weren’t feeling like we were completely burned out and for the most part, unfulfilled.

So I, like many of you, decided it was all too much and joined the land of the non-workings in search of a different way to live. Hell yeah!